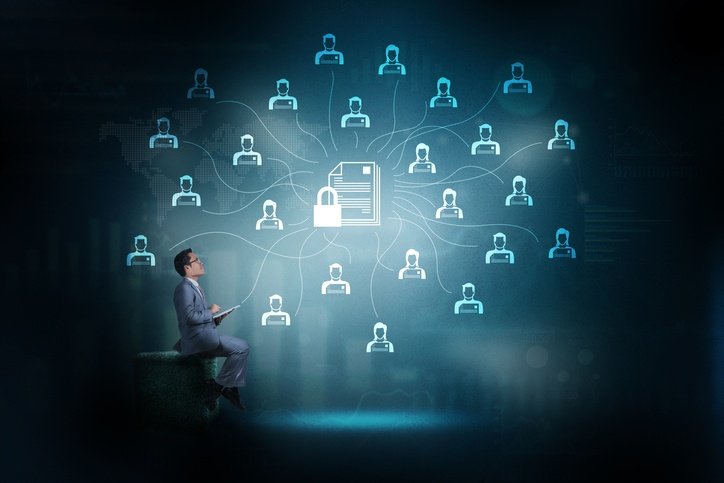 In the realm of consumer card processing, data security is an ongoing struggle. Defeating data thieves is like playing a game of whack-a-mole. As soon as one attack is shut down, another hits from a different angle. Processors and card issuers are in a position of constantly playing catch up: building firewalls, patching products and looking for weak links. As hackers become more sophisticated, the task grows ever more difficult. There’s got to be a better way.

In fact, there is. It’s called blockchain technology, and it will revolutionize the way transactions are handled across the payments landscape. Blockchain is a major disruptor for financial services, in all the best possible ways. By combatting the inefficiencies in transaction processing, blockchains provide greater security, faster settlement times and lower processing expenses.

What is a Blockchain?

A blockchain is a network of linked computers, known as nodes, that maintain a real-time data ledger. Control of the ledger is decentralized. Think of it like a Google Docs file: many users can access and edit the same file simultaneously. New transactions of any sort, whether money transfers, currency exchanges, stock trades, even real-time votes, can be updated to the shared ledger by any of the linked nodes.

Here’s what makes a blockchain secure. Blockchains are built with scripts that specify the parameters of acceptable data. A pending transaction will only be accepted to the shared ledger if it meets all criteria. This block of data is linked permanently to its neighboring data blocks (hence, the name blockchain). Because of the essential structure of a blockchain, data can not be altered or deleted. All records are permanent. Blockchains result in total transparency for accounting.

Blockchains can be public, private, or permission-accessed. The most famous example of a public blockchain is Bitcoin. The Bitcoin blockchain is hosted by 60,000 nodes worldwide and handles impressive assets, at times up to 10 billion dollars. In operation since 2009, Bitcoin has been “functioning almost flawlessly and without any security-related hacks” according to Forbes.  Considering the amount of cold, hard cash at stake, hackers have been highly incentivized to figure out how to break in. It’s a testament to the security of a decentralized data structure that the Bitcoin blockchain has remained untouched.

Obviously, a public blockchain will look very different than a distributed ledger built to meet the demands of regulatory compliance for banking and card processing. Fortunately, blockchain technology lends itself well to these requirements.

Blockchains are essentially a collaborative affair, and this spirit carries even into financial services. FIs have realized the implications of what blockchain-based distributed ledgers can do, and they are collaborating to bring this technology to practical use. One example is the R3 consortium made up of 80 banks, FIs, trade groups and regulators that have worked together to develop Corda, a distributed ledger for the financial services industry. Corda is now in the stages of beta testing a variety of financial applications built on its structure. R3 has welcomed its first card issuer member, Synchrony Financial, moving it even closer to the goal of blockchain technology supporting everyday consumer use.

A switch to blockchain technology won’t have any impact on consumer habits, other than a possible uptick in cheer and goodwill due to speedy transactions. Blockchain will, however, prove to be a delight for retailers.

For retailers, blockchain technology is extremely advantageous. Because there’s no delay in settlement, retailers receive their money almost immediately. And because data is encrypted, they can trust that the risk of fraud is greatly reduced. By simplifying the settlement process, blockchains promise major cost savings. A recent consumer trial of the UK’s Metro Bank and SETL, a blockchain developer, showed that blockchain-supported smartcard networks work just as efficiently as hoped. SETL estimates that this technology could result in an 80% reduction on processing fees.  This level of savings is a powerful motivator indeed.

While we’re still a few years out from mass adoption, blockchain technology in payments is developing quickly. Blockchains allow regulatory compliance, real-time settlements and complete data transparency, along with a greatly reduced overhead. For banks, issuers and retailers, nothing could sound sweeter.