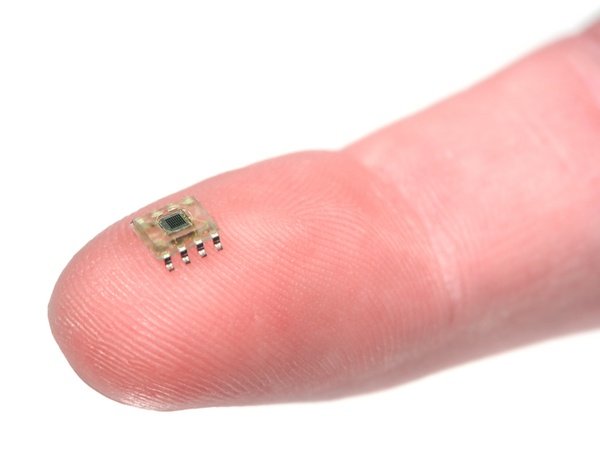 The future is here to stay! Most of us have seen high-tech iris scanners and the like used in James Bond films and in popular sci-fi TV shows. But the use of biometrics, the ability to confirm one’s identity from measurements of physical features, is steadily growing worldwide.  Poll numbers show the people favor biometrics over the highly-scrutinized microchip implants.

In today’s society, increasingly we’re seeing more biometric services become available—from home devices to wearable technology. In countries such as the U.S., Germany, Japan, India and many others, biometrics are revolutionizing identification management in many industries.

Biometric technology continues to replace the use of ID cards, access codes and lengthy passwords in hopes to reduce the occurrence of access fraud. This technology includes scanning fingerprints, retinas, handprints, face and voice recognition. Thus, it also incorporates the use of high-quality cameras, microphones and fingerprint readers.

Wearable biometric devices, such as the Nymi band, allow users to make payments, access computer networks, and enter secure areas. Wearables are continuing to grow with Apple and Android watches with biometric sensors with ID applications.

Also on the market are biometric “smart cards” that can be used for state-issued identity, payment capabilities and physical access control. There are a number of pilot programs around the country using smart cards. By the end of 2017, Goode Intelligence forecasts that there will be 145 million biometric cards in use.

For the home and cars, biometrics now allow owners to control doors, temperature, lights and other controls via smart devices. Trendy home products like the Amazon Echo and Google Home use a voice recognition platform.

Mobile phone companies, such as Samsung, have equipped their latest phones with biometric capabilities. Cameras on the market now feature touchless fingerprint, eye and facial recognition as well as microphones with voice recognition capability. Some mobile devices even have touch screens that use behavioral biometrics.

Microchip implants, also known as radio-frequency identification (RFID) chips, are another innovative means of ID verification. Tiny implants can be inserted or injected typically in hands or fingers. They contain personal information and can provide access to computer systems and buildings.

An RFID is commonly the size of a large grain of rice that transmits identity at security check points or access to locks. In many cases, implants are used by companies to verify building and system access. Implants also can be used to replace money, bank cards and even track medical data in patients.

For example, Wisconsin-based vending machine company, Three Square Market, is implanting chips in employees to give them quick and easy computer access to its equipment. The company made headlines this year when it signed up 50 of its employees.

Countries, like China, have been using implants since 2013 to manage their immigration populations. Some foreign countries are running trials with implants as a means to grant commuters access to public transportation or air travel.

People have been divided over imbedded implants but have considered them as a means to track abducted or missing persons, soldiers in war zones, or even track the location of felons.

According to a Pew Research study last year, seven out of 10 Americans are “somewhat” or “very” worried about the use of computer chip implants. Critics point to safety concerns and believe implants may cause discomfort under the skin.

Increasingly, implants have been labeled as an unethical tech advancement that improperly tampers with the human body. Some people in religious communities also feel that science enhancements like implants and gene editing cross a moral line.

Others also worry about the possibility of privacy infringement and the unwanted surveillance of law-abiding citizens. Some worry that the government or others could access personal information or even steal identity via implants. Moreover, if stored implant data fell into the wrong hands domestically or abroad, it could pose serious security concerns.

Although implants are widely used in pets and farm animals, some believe they are too experimental and have not yet achieved wide-spread approval.

Meanwhile, the use of biometric technology continues to become more popular in public security systems, point-of-sale applications and consumer electronics. The global biometric market is expected to exceed $3 billion by the year 2022, according to Market Research Engine.

Last year the Consumer Technology Association put out a survey that found that 90% of responders were familiar with technology like face recognition and digital fingerprinting tools. The study also found that 43% of responders had used biometrics.

For instance, Barclays Bank in the U.K. has been a pioneer in using Touch ID for customers to log into their accounts. The bank contends that it’s easier than remember passwords and PIN numbers and it continues to expand its use of biometric templates for banking transactions and payment verification.

Although biometric solutions are growing, people are still unsure when it comes to the future of implants. In the U.S., states such as Pennsylvania have proposed legislation that prohibit implants to be required by employers.

Time will tell whether society grows more accepting of wide-spread use of micro-chip implants. As implant technology evolves, so will the endorsed reasons to use them. Just as implants in animals has become a more accepted practice, so too could implant use in humans.