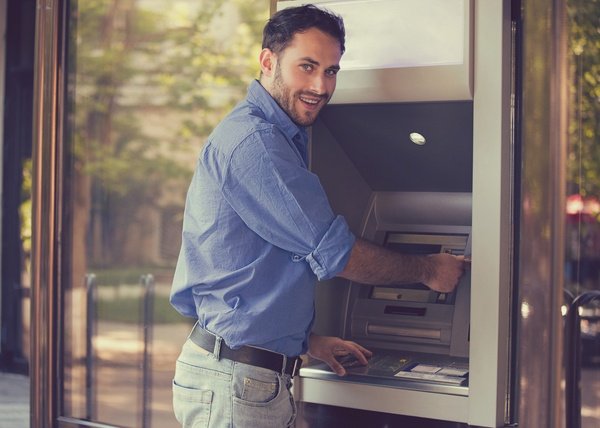 On June 27, 1967, the world’s first automatic teller machine (ATM) made its debut outside a Barclays bank branch just outside of London.  Now, there is a plaque memorializing that early machine and with ATM usage on decline, the machines’ days seem to be numbered.

ATMs were created to provide convenient access to one’s cash that most people, at the time, could have only imagined.  ATMs have remained a staple for consumers since these early days and have even continued to change over time. However, as the evolution of the ATM has continued, so has the evolution of other technology and consumer demands.  After decades of use and changes, the industry is left wondering what does the future of the ATM hold and how long will they last?

The invention of the ATM was something that just simply made sense for banks.  Customers needed money and the bank couldn’t stay open 24/7.  Emerging in a time when self-service was highly sought after but not common, ATMs quickly became a hit with consumers. ATMs not only offered added convenience to regular bank patrons, they meant those who had previously avoided banks because of horrible operating hours would have more reason to open accounts.  The ATM essentially changed the way customers viewed banks and their relationships with them altogether.  Banks gained the opportunity to further expand their services, as well as the benefit of cutting labor.

ATM implementation, like any new technology, had its challenges early on.  Perhaps the most difficult to overcome was security.  Banks struggled with finding the right way to protect their customers’ money and had a hard time guaranteeing that the person withdrawing cash was actually the account owner until the combination of the magstripe and pin.  Some consumers were also slow to adopt the new technology, citing stories card-eating and breakdowns as reason for apprehension.  However, the early hurdles faced by ATM innovators only fueled their work and continuous development.  Under pressure to make this great idea a more viable reality, internet and computer pioneers worked to make the ATM an essential part of banking and commerce.

Today’s ATMs are much more than a vending machine for cash.  Now, consumers can use their ATM for almost everything they would do inside of an actual bank branch.  The ability to complete cash and check deposits, account transfers, cash withdrawal, and balance checks has made it possible for consumers to avoid the teller and the banks to cut their cost.

While early ATMs were typically located at select bank branches, the innovations in machine structure and connectivity have made the disbursement of ATMs much more wide spread. Now, consumers are more concerned when they happen to need ATM access and can’t find one.  In the U.S. alone, there are more than 420,000 ATM that complete nearly 2 billion cash withdrawals per year.

While the industry has worked to advance ATM technology, the move away from cash payments continues to be a detriment to the longevity of the machines.  A research firm based in Boston predicted in 2011 that cash usage in the U.S. would decline by $200 billion by 2015.  The millennial consumers are accustomed to relying on their debit and credit cards for every day purchases, online shopping, and even mobile payments.  Even small merchants like farmers’ market vendors can accept card payments with dongles and other portable POS devices, a game changer for traditionally cash-dominated businesses.

Consumers no longer even need banks to transfer money from account to account.  Through the invention of peer to peer money transfer apps like Venmo, people can send money to anyone as easy as they send a text message.  Still, while ever-changing technology has allowed consumers to use cash less and less, the use of cash isn’t expected to go below the $1 billion before 2205.  That’s at least another 200 years of cash usage.

Even as the use of ATMs seems to be decreasing over time, the opportunity for innovation is not.  The increasing demand for mobile banking options and more convenience is driving ATM development.  Now, there is technology that allows consumers to complete a check deposit and request their withdrawal before they even reach the ATM.  With near field communication, consumers are able to retrieve their previously requested cash by just waving their smartphone near the ATM.

ATM innovation continues to offer consumers what they need.  Now, banks and manufacturers are working to provide other services that consumers need through the ATM.  By adding more solutions like stamp purchasing, bill payment, and prepaid card loading, innovators are adding value to the ATM for the foreseeable future.  Banks are even introducing webcam functionality into their ATMs to re-introduce the human interaction they believe some consumers need and increase their opportunities to push additional products.  Such developments are keeping banking professionals optimistic about the future of the ATM and its potential.

NextWeighing the Risk of Alternative Payments
PreviousData Security at Universities