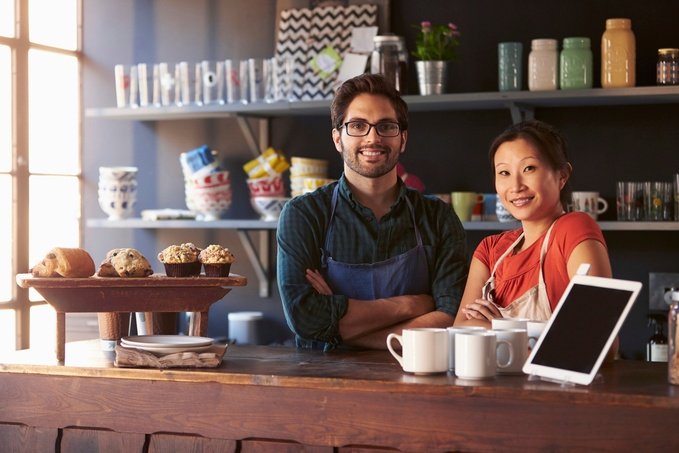 Here in the US, we have an endless appetite for the latest and greatest in technology: smartphones, tablets, and even wearables. But there is one area where the US lags far behind: contactless payments. By looking at the status of contactless technology in the rest of the world, we can forecast the developments that will be coming to our payments ecosystem. With this knowledge, you can prepare your merchants to meet the changing expectations and needs of consumers.

The US’s lag in contactless payments is caused in large part due to our slow EMV migration. In fact, the US was one of the last EMV holdouts worldwide. Developed European nations process 97% of card-present transactions as EMV (7). In the US, only about half of merchants even possess EMV devices, and many of those can’t use them yet due to delays in certification.

We’re barely out of the starting gate on EMV, and therefore on contactless technology as well. Because we are still accepting mag stripe transactions, retailers have been able to hold on to legacy equipment, and avoid the expense of upgrading to new technology. While this saved retailers money in the short term, it continues to cost them in missed revenue opportunities. And with the liability shift, it will begin to cost them in real-time fraud expenses as well.

By looking at two of our global neighbors, we can understand more about the impact of EMV on contactless technology, and anticipate the changes to come in the US. The US, Canada, and the UK all have similar socioeconomic levels, language, culture and consumer markets. However, Canada and the UK have diverged greatly from the US in payment preferences. Let’s take a closer look.

Canada: It’s All in the Cards

Canada had a major head start on the US in EMV implementation. While only about half of US retailers are EMV compliant, in Canada the rate is 97% (7).  As a result of EMV, 8 out of 10 Canadian retailers have terminals with NFC capability (9), and 10% of transactions are contactless (10).Today, in Canada, contactless payments are not a novelty, but rather an expected payment option. According to Christie Christelis, president of Technology Strategies International, “The contactless market has evolved to the point where consumers are frustrated if the merchant doesn’t accept contactless payments. A number of merchants have found it necessary to place signs on their POS terminals apologizing for the inability to accept contactless payments.” (2) US retailers should prepare to meet this consumer expectation as well.

However, Canada is beginning to catch up to the US in this area as well. The biggest game changer in the Canadian market was the introduction of Apple Pay, in November 2015. Apple Pay has provided one unified payment application to interact with banks and processors  Android and Samsung Pay are following close behind, with Canadian rollouts expected by the end of 2016. It’s estimated that by 2019, two thirds of the smartphones in Canada will have NFC technology (4), and therefore mobile wallet capabilities. Since the vast majority of merchants are already NFC ready, there will be no limitations of access for mobile wallet use, as there are in the US. It will be interesting to see whether Canadian consumers stick with their contactless cards, or move to mobile wallets.

The UK is a great example of a mature payments market, supported by an established transition to EMV. The UK stepped into the process in 2002, even earlier than Canada. Concerted efforts between issuers, acquirers, and banks, combined with a smart focus on consumer education, permitted a relatively smooth transition. As far back as 2006, the UK was operating at 99.8% chip and pin transactions. (5)

In regards to contactless payments, early EMV resulted in a slow-but-steady NFC adoption at the point of sale. The reason is simple: while terminals in 2006 were EMV compliant, they were not necessarily NFC. Thus, it has been a continuing process to upgrade retailers to NFC devices, but it is one with great support from retailers, banks and consumers. Currently, 20% of installed devices have NFC technology (1). This percentage is set to increase dramatically, as the UK has laid out a new goal. Mike Cowan, head of emerging products at MasterCard, announced, “From the beginning of next year, any new payment terminal that gets deployed has to accept contactless. This is giving us a universal footprint where people will be able to use their phones to pay for stuff in this way. By 2020, every single terminal will accept contactless.” (6)

Overseas, chip cards are the primary method of contactless payment, but options are expanding. Within the past year, both Apple Pay and Android Pay have come to the UK. Samsung Pay is expected to arrive by the end of 2016. The groundwork is now in place for mobile payments via smartphone to gain market share, just as it is doing in the US. Educating consumers on the features and benefits of mobile wallets and integrated store loyalty programs will be key in building interest and momentum.

So what can we learn from the UK? The UK payments industry stands out in its innovation in applying NFC technology outside the traditional point of sale. Surprisingly, the greatest area of growth is not the cash register, but rather transit. Travelers on the London Transport System (including tube, railways, buses and more) can all tap-and-go, at a rate of one million transit rides per day (1). By looking at nontraditional contactless payments avenues in the UK, we can see that payments need not be limited to the traditional point of sale. While the US does not have a primary transit provider, the principle of innovation is the same: think of additional ways your retailers could use contactless payments to gain revenue in their spheres of influence.

The US: What to Expect

When you’re managing your daily business, it’s easy to get wrapped up in the status quo, and assume that the way things are is the way they always will be. But that would be shortsighted. It’s important to look at global payment trends, so that you can get your merchants ready to meet the changing market. By examining the influence of contactless payments in countries further along in the EMV process, we can anticipate the trends coming to the US. As your merchants make their EMV transitions, it makes sense to futureproof their equipment by providing NFC capability, teaching them how to use it, and - most of all - educating them on the benefits of contactless technology for their businesses.